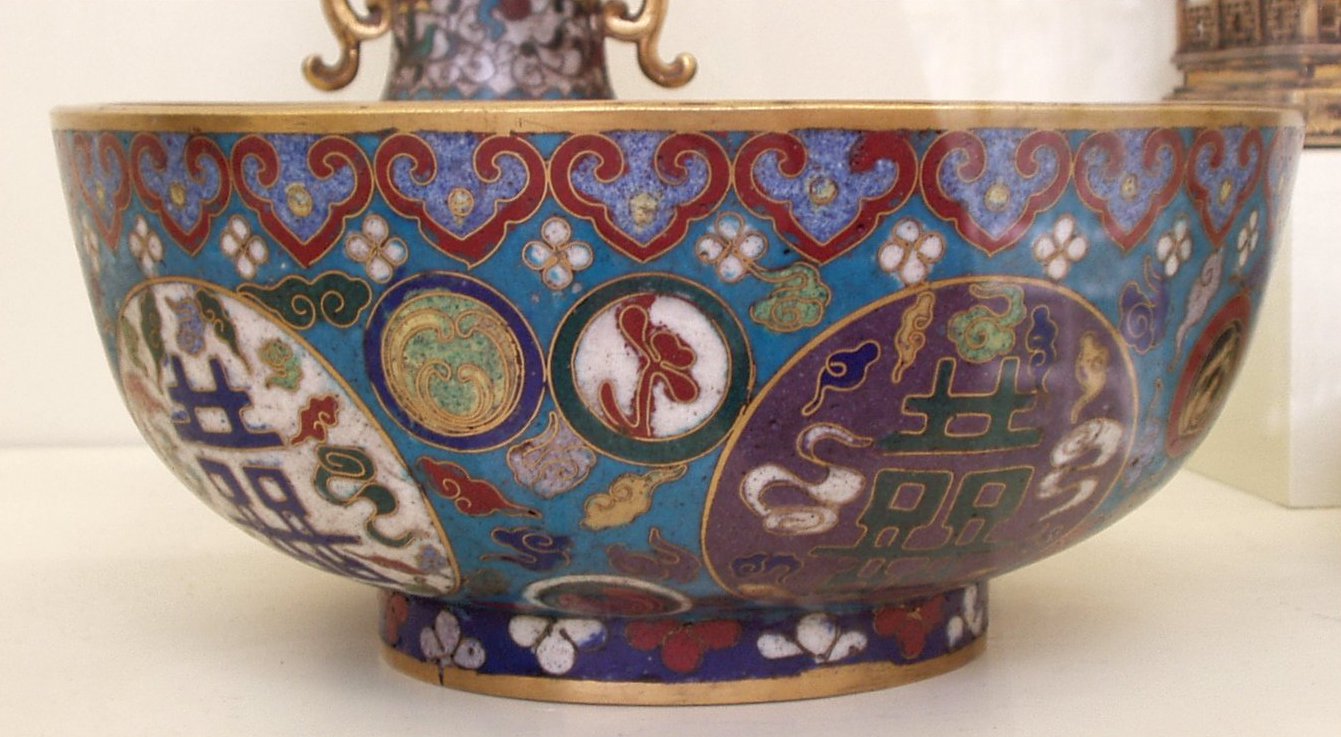 I am considering a slightly new direction with my metal working / art adventures. I would like to add some color to my work. Silver with some occasional black tarnish doesn’t add much excitement to silver jewelry. I could start to add colored gems. That would be a major next step.

There is another option I have been mentally exploring called glass enameling. First thought might be the kind of paint that comes out of a rattle can (spray can) made by a brand name, Rust-Oleum. Nope, not that kind.

The enameling I am considering is fusing glass particles to a metal substrate with the use of high heat. Hot enough, 1450 degrees, to melt the colored glass and fuse it to the metal. It’s been done for centuries and one of the best known processes are from France called Cloisonné and Champlevé. Another process called Basse-taille offers a similar result but uses only translucent enamels to show the features of the metal underneath the coating.

It was also a practice in China and other countries in the far east. The example shown above is from the Ming Dynasty. Examples can also be found in Europe, the near east and many other world cultures.

All processes fuse colored glass enamel into cells created in the base metal. The cells are created with metal wire frames in the Cloisonné method and by carved or formed recesses with the Champlevé. There are many variations as in any type of art.

The results can be very stunning and beautiful. It is a creative process with a lot of controlled heating required. Just the kind of challenge to keep it rare and collectable.

There is an alternative chemical epoxy cold process method that can be used to create a similar look, but I think the old school firing is my preference. It’s the heat of the fire that attracts me to lost wax casting… and to this glass enameling process.

I have a little project I am going to try. If it works out the way I imagine, I’ll certainly exhibit the results and it may be the start of a unique product line of glass enameling.